Thomas Tedrow, a highly successful author residing in Florida, enjoys cooking and learning new recipes in his free time. This is his food blog, where he will share some of his favorite dishes he’s tasted over the years. He will also share tips and tricks on how to cook.

Over the years Thomas has been fortunate enough to have some truly unique life experiences.. An avid traveler, he has tried delicacies from all around the world, from dining on fresh camel in a tent on the Mongolian border to eating bear paws with the Chinese Army. He was even served served rabbit stew during an Easter spent in Beijing, so his hosts could show honor to his “Holy Bunny Day.” He cherished each of these opportunities, and he considers his experiences with different cuisines as some of the best learning experiences he has had in regards to cultures around the world.

However, Thomas’ diet is not all oddities and international dishes. He is just as passionate about “down-home” cooking. As a longtime resident of Florida, he has been privy to some truly diverse cuisine which is widely known for its Spanish and Southern influences. It blends in plenty of other cultures as well, perhaps best exemplified by “Floribbean” cuisine, which is known for its Caribbean influence. Thomas enjoys exploring new restaurants throughout Florida, but he is also just as happy to cook up a recipe of his own. 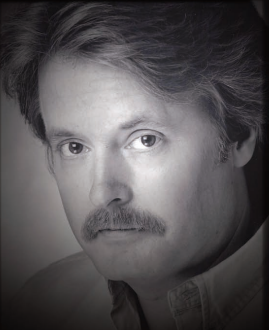 Over the course of his extensive career as an author, Thomas has penned over twenty books, all aimed at children and young adults. Some of these books of have been featured in successful Scholastic and Guideposts campaigns. He has done extensive radio, TV, Internet and print tours. His books have been published in English and German.

Tedrow is particularly well-known for his popular historical fiction series The Days of Laura Ingalls Wilder, which tells fictional stories about Wilder. Set in the turn of the twentieth century, this eight-book series discusses the many issues of the time as imagined through Wilder’s perspective as a wife, mother, and journalist.

Thomas holds a B.S. in Public Relations/Journalism from the University Of Florida. He has been married to his wife Carla for 37 years and he has four children.